Less means more for Baby Boomers who downsize in retirement

When it comes to retirement planning, there are a lot of opinions on how much you need to save; eight times your salary  and the 4% rule are just a couple rules of thumb out there.

Equally important to a comfortable retirement is not just the money you have, but also the expenses you’re tallying up, too. And reducing your monthly bills can be a powerful tool for savers who are either behind on savings or simply looking to do more with less.

If you’re serious about cutting expenses, the most obvious place to look for savings is your home.

“Often a house is the most valuable asset that people have, so it is the source of potential wealth in retirement,” Lori Trawinski, director of banking and finance with AARP's Public Policy Institute.

However, she adds that downsizing is not necessarily right or even feasible for everyone.

“There are costs involved in downsizing,” Trawinski said, including Realtor fees and closing costs if you sell. Also, if you sell you may have to fix up your home to put it on the market, or you may need to make renovations in any new home to make it livable.

Yes, there are potential savings by moving to a smaller place, even for someone with a significant mortgage or even someone who rents. But if you’re near retirement you should do some careful calculations before deciding to downsize.

Downsizing Can Add up

Done right, there are a host of cost savings that can be found from a change in scenery. But you have to know what to look for beyond simply selling your house for more than what you paid.

“I think you have to look at it holistically, and I think it’s hard to look at any one lever to pull for savings,” said Chris Blunt, president of the investments group at insurance giant New York Life.

The good news, Blunt adds, is that a variety of items can add up to a pretty big difference in the monthly budget of Boomers who are willing to downsize. Those items can include:

• Taxes. “It’s really dramatic, where you have Florida on one extreme that has no income tax, to states like New York or New Jersey or Connecticut that have very high income taxes,” Blunt said. “A 7% swing in income tax, if you’re on a tight budget that matters.” Property taxes can also vary widely even within a few hours’ drive from your current home, and could result in hundreds or even thousands of dollars saved per year.

• Access to public transit. Being able to downsize from two vehicles in your household to one — or even none — can save you on car payments, insurance and maintenance. However, a move like that requires  Baby Boomers to downsize to an area that can keep them mobile even without a vehicle of their own.

• Health care. Many factors influence health care costs, including location and access to good doctors and specialists who are responsive and within your coverage network. “There are parts of the country with more cost-effective health care systems than others,” Blunt said. For instance, a 2015 study by HealthView Services estimated supplemental medical insurance can vary widely — with a 65-year-old in Maryland paying 72% more than one in Hawaii.

• Electricity and overhead. “With moving to a smaller home, you would expect to see lower utilities and you might see a difference in maintenance costs,” said Trawinski of AARP. And generally speaking, a smaller and less valuable home will also carry smaller insurance costs than a larger home in a similar area, she said. 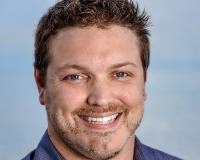 Why YOU Should Invest In Real Estate

You might have some preconceived notions about real estate, as we all do, right? You may think it's difficult to get into real estate investing or that it's only for the super-wealthy who already

What a wild ride this last week has been for the Tampa Bay Area, and the entire state of Florida! First, I sincerely hope that you and your family are safe from the storm. Our hearts go out to

I am so excited to tell you about a brand new program that was just approved by the Florida Legislature aimed to help our “Hometown Heroes” get into a home for the first time. Not only does this

Love To Learn Play And Live In LARGO

Have you heard of Largo, FL? Located Just inland from Indian Rocks Beach this little gem of a city often gets overlooked, but has so much to offer. A few minutes drive south of Clearwater

By registering, you agree to our terms of use and that real estate professionals from The Walseth Team and lenders may call/text you about your inquiry, which may involve use of automated means and prerecorded/artificial voices. Message frequency varies. Text HELP for help or STOP to cancel. You don't need to consent as a condition of buying any property, goods or services. Messages/data rates may apply. Additional information about data use is in our privacy policy.