Want to own in this little bit of paradise?? Here is what is currently on the market!

Ranking as the safest place to live in the state of Florida and with the town council’s mission to make Indian River Shores “the most livable and best-managed town” it looks like they’re making good on their promise so far – with no reported violent crimes and only 12 property crimes for the entire year. Located along the A1A just north of Vero Beach between the Indian River Lagoon and the Ocean , Indian River Shores is one of the highest per capita locations in Florida with a median household income over $110,729 – more than double that of the national median.

Another affluent community in Broward County, Parkland’s zoning laws were designed to maintain a bucolic community in fact until the early 2000s the town didn’t allow for stores or traffic lights. One noticeable aspect of the community is the vast size of some of the properties and the multitude of horse farms which stand in stark contrast to the more city-like and industrial neighboring towns of Pompano, Coral Springs and Fort Lauderdale in general.

Founded on May 5th, 1915 and located in Orange County, Windemere is located 14 miles southwest of Orlando and only a few minutes away from the Walt Disney World Resort. Windemere offers some of the most affluent waterfront real estate in central Florida. Known as the “Town Among the Lakes” it is surrounded by beautiful sand bottom lakes and offers many on-water sport and leisure activities for residents and visitors.

The largest of Florida’s Ten Thousand Islands in the Gulf of Mexico, Marco Island is known for its white sand beaches and laid-back lifestyle. An ideal setting for anyone looking to enjoy sun, dolphins and all the water and outdoor activities that come with living in the sunshine state. The history of this island can be traced as far back as 500 A.D. when it was inhabited by the Calusa people.

This beachfront community is located in Pinellas County on a barrier island west of Seminole Florida in the Gulf of Mexico and like many of the Gulf islands is known for it’s white sand beaches and sunny weather lifestyle. The town is considered a special flood hazard area, so flood warnings and other weather advisories are not to be taken lightly by residents or visitors.

Located in the Palm Beach County, the town of Highland Beach is situated between Delray Beach to the North and Boca Raton to the South and bordered by the Atlantic Ocean on the East and the Intracoastal Waterway to the west. A tree-lined stretch of Florida’s A1A serves as the town’s main road.

Part of Miami-Dade Country, the town is separated from the mainland by Biscayne Bay and is connected via the Broad Causeway. The small town is located among several larger metropolitan areas like Miami, Aventura and Miami Beach and is approximately a 20 minute drive from Miami International Airport.

Originally uninhabited forest land owned by the Federal Government, Valparaiso was opened for homesteading in the early 1900s and is located on the Florida Panhandle in Okaloosa Country on the Gulf Coast and is near the towns of Destin and Pensacola. Known for its scenic beauty, this bayou country town offers plenty of outdoor and boating activities for residents and visitors alike.

Described as a residential haven for those looking for an environment filled with nature, quiet and privacy, Ponce Inlet offers a small town lifestyle. The town was first discovered by famed Spanish explorer, Ponce de Leon in 1513 and is located south of Daytona Beach in Volusia County. 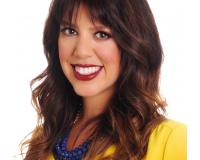